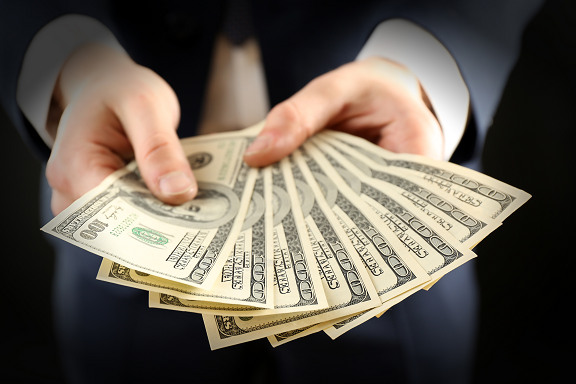 In Texas, the city of El Paso has recovered almost $13 million in unpaid child support through the implementation of a state program that makes delinquent parents work off their debts instead of sending them to jail. Called the Non-Custodial Parent Choices Program (NCP), the Texas Attorney General's Office reported that the program recovered $2.5 million for the state in unpaid child support last year alone, and El Paso has recovered $12.8 million since implementing the program in 2005.

Started in 2005, the NCP system is a collaboration between the Texas Attorney General's Office and Workforce Solutions. “The program helps low-income, unemployed, or underemployed non-custodial parents behind on their child support payments find work.” Prior to the implementation of this program, parents with substantial unpaid child support would be sent to jail until they paid their debts.

This program helps the non-custodial parent find a job that matches with their skills and job history. Then, a portion of each paycheck is sent to pay child support every week. Last year, NCP placed 125 parents in jobs through the program in El Paso alone. Many parents who have gotten behind in child support are able to pay off what is in arrears and continue to pay once their debt is cleared. Statewide, the NCP has helped recover more than $164 million in unpaid child support since the program began.

In Texas, there are many negative consequences if you or the non-custodial parent fails to pay child support. If the payments in arrears are significant, you can be placed on the Texas Child Support Evaders website. Criminal and civil warrants can be issued for your arrest that can lead to fines, jail time up to one year, or both.

In addition, the state has other ways to make a non-custodial parent pay any unpaid child support. The Texas government can revoke a driver's license and driving privileges, confiscate tax refunds and other government benefits, revoke a passport or make changes to immigration status, place liens on property, deny recreational licenses (fishing, hunting, boating, etc.), and lower your credit score.

Similar to the NCP, one of the biggest things that the state can do to obtain unpaid child support from a parent is to garnish the wages of the parent. With a court order, this happens automatically without the permission of the non-custodial parent. It applies to paychecks, unemployment benefits, and workers' compensation payments. The benefit of the NCP over this option is that the parent is also securing steady employment in addition to paying off the child support that is owed.

If you, your former spouse, or someone that you know is having trouble paying their child support, let the experienced family law attorneys at The Law Office of Lori E. Laird, PLLC help. Call the office or contact us today for a free and confidential consultation of your case.