Weighing in on Personal Injury and Truck Accidents 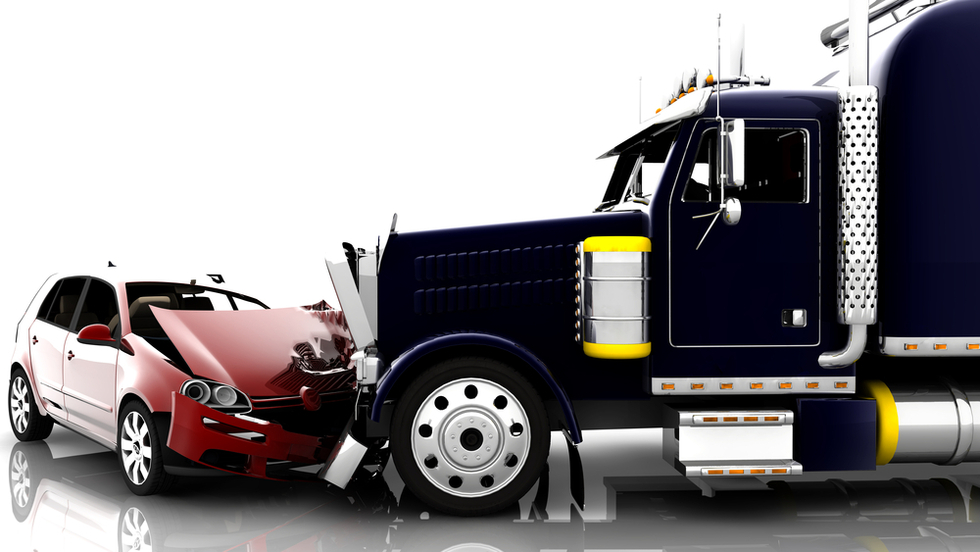 According to the Texas Department of Transportation, last year, more than 29,000 commercial motor vehicle (CMV) accidents and injuries occurred on our Texas roadways. CMVs include 18-wheelers or ‘big rigs' and passenger buses. As recent as this week, two separate accidents that involved semi-trucks and passenger cars occurred in the Lone Star State.

On July 16th, a car and semi-truck crash occurred in southeast Houston. The trucker attempted to make a U-turn. The driver of the vehicle apparently did not see the truck's trailer and drove under it. Miraculously, the driver of the passenger vehicle and the truck driver suffered only minor injuries.

On July 14th, in Brazos County, a car hit a big rig on Highway 21. Without yielding, the truck turned in front of the car. Fortunately, the injuries were minimal. The three car occupants, one adult and two children, reportedly only suffered minor injuries. The trucker was uninjured.

Typically, when a tractor-trailer truck is involved in an accident, because of its sheer size, the damage and injuries tend to be more significant than accidents that solely involve single-passenger vehicles. An 18-wheeler can weigh roughly 80,000 pounds, whereas a passenger vehicle weighs only about 3,000 pounds. The people involved in these two recent accidents are extremely lucky that their injuries were minimal.

Tracy Morgan Sues Wal-Mart   Comedian, Tracy Morgan, and his entourage were not as fortunate. Recent headlines about Morgan's personal injury lawsuit against Wal-Mart once again bring attention to last month's tragic New Jersey semi-truck accident. The incident involved a Wal-Mart 18-wheeler and Morgan's chauffeured mini-bus. Morgan's vehicle was rear-ended by the semi-truck. The accident fatally wounded one person and injured four others, including Tracy Morgan, on the mini-bus. Several other vehicles were involved in the accident; however, the fatality and injuries were isolated to the limousine bus passengers.

According to a truck crash study by the Federal Motor Carrier Safety Administration (FMCSA), a division of the U.S. Department of Transportation (DOT), truck drivers are often affected by factors that contribute to their own driver error. The driver error in turn causes the accident. According to the study, some of the more common influential factors include prescription and over-the-counter drug use, speeding, unfamiliarity with the highways, inadequate surveillance, and fatigue.

Other drivers on the road also make errors that result in accidents involving semi-trucks. For example, a passenger car driver may abruptly change lanes and ‘cut-off' a semi-truck driver, which, in turn, causes an accident. Equipment issues, such as tire blowouts, improper load distribution, and faulty trailer attachment, may also cause big rig accidents.

Traffic accidents happen everyday in Texas, and beyond. The risk of personal injury is an unfortunate reality on our roadways. If you have suffered a personal injury from a vehicular accident, contact the Law Office of Lori Elaine Laird, PLLC today at 832-699-1966. Our firm handles all its cases with professionalism, dedication, and personal attention. Texas personal injury law may afford you the opportunity to seek damages against the party responsible for your post-accident pains. Let us review your case to determine what legal options are available.