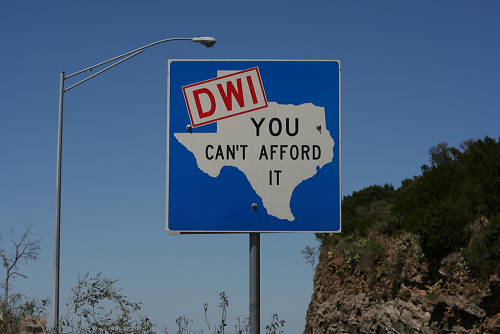 Bobby Gene Martin's first DWI in Texas happened back in 1981, but this week his decades-long career of drunk driving finally came to an end. A Texas jury convicted Mr. Martin, 64, for his tenth offense of driving while intoxicated (DWI) along with a retaliation charge for threatening to harm the arresting officer and his family. The jury gave him two life sentences for his crimes.

The jury returned with a verdict in less than three hours after the closing arguments. Throughout the proceedings, the jury did not know that this was Mr. Martin's tenth DWI. They only knew that it was at least his third arrest for the crime. When the jury was told after the sentencing that this was his tenth DWI conviction, “You could see they were actually shocked that he'd had 10 DWIs and was still out and about driving around.”

Facts of the Case

Mr. Martin's latest arrest for DWI came in August of last year. Drivers near him called 911 to report an accident when Mr. Martin wrecked his truck on a road in Montgomery County. When the tow truck arrived, he tried to bribe the driver into simply towing the truck and taking him home so that he would not be arrested for drunk driving. When the officers arrived on the scene, Mr. Martin's truck was there, but he was found hiding in waist-deep water in a ditch nearby. His blood alcohol level was registered at .217, more than two and a half times the legal limit in Texas.

In 2009, Mr. Martin found himself in a similar situation when he was arrested for one of his nine prior DWIs. “According to the probable cause statement in the 2009 incident, Harris County Sheriff's Office deputies found Martin passed out inside his car, which was in a ditch with the motor still running at Van Hut Lane and Green River Road. He was leaning over, across the bench seat, records state. The deputy eventually succeeded in waking Martin up, but he fell asleep again looking for his driver's license inside the car, according to the statement.”

With the number of DWI arrests increasing in Texas, prosecutors are cracking down on people they suspect are driving drunk. If you or someone that you know has been arrested for driving under the influence in the Houston or Galveston areas, let the experienced criminal defense attorneys at The Law Office of Lori E. Laird, PLLC help today. Call the office or contact us for a free and confidential consultation of your case.