Avoiding Traps When Dividing Debts in a Texas Divorce 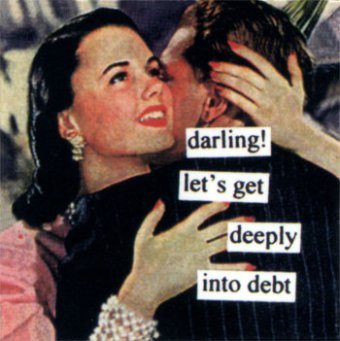 Property division is an important part of the divorce process.  The division of assets and debts following a divorce may have a substantial impact on one's long-term financial wellbeing. There are many mistakes made by parties that are not represented by a Houston Galveston divorce attorney when handling debt division without legal advice.  The process of debt division in a Texas divorce is confounded by many traps, which may result in a very different long-term outcome than the parties anticipated.

The key principle that you must keep in mind when dividing assets and debts in a divorce is that any agreement you reach involving the assignment of a debt is binding between you and your spouse but generally does not extend to creditors.  This means that a settlement agreement in a Texas divorce must be carefully crafted based on a number of factors:

Generally, if the credit of both spouses is used to acquire an obligation or both spouses names appear on the application, the creditor will have the right to pursue either spouse for the obligation regardless of who the debt is assigned to in a marital settlement agreement or divorce judgement.  This is an issue that is very important because if not handled properly it can completely distort the overall division of assets and debts.

The danger of not having an experienced Houston or Galveston family law attorney advising you when evaluating the marital estate and negotiating a distribution of property and obligations is easier to understand by way of example.  The husband in a marriage has a 401K worth $100,000 that was entirely funded during the marriage so the entire balance is marital property.  The husband might agree to assume a joint debt like an unsecured credit line for $100,000 in exchange for the wife agreeing to waive her marital interest in the husband pension.  The transaction looks like a wash because the husband has assumed the wife's $50,000 in debt from the credit line but gets to keep his wife's interest in his 401K.

The problem arises when the husband either because of unanticipated financial hardships or an intentional decision fails to pay off the unsecured credit line.  Although the couple has agreed that the husband is responsible for the debt, this does not prevent the creditor from garnishing the former wife's wages, levying against her bank account or putting a lien on her real property. While the wife can pursue enforcement proceedings against the husband, such as contempt, this may have little benefit if the funds to pay the wife no longer exist.

These sorts of traps can cause enormous hardships by re-shaping the agreement of the parties when the obligation is not paid by the party to whom it is assigned because the creditor may enforce the obligation against the other spouse.  An experienced Houston divorce attorney will evaluate all of the marital and separate debts incurred by the parties to determine the best way to divide the marital estate and avoid these kinds of pitfalls.

A common strategy that may be employed where feasible is to assign debts to the party in whose name they appear so that when the creditor attempts to enforce the debt it will be against the party to whom it was assigned.  Another approach may involve moving obligations on a joint credit card to a separate credit card or credit line established solely in the other spouse's name.  Anyone contemplating divorce should seek legal advice from an experienced Houston divorce attorney who may alert you of this type of potential issue.  Even if you and your spouse have prepared a marital settlement agreement resolving all issues, an experienced Houston matrimonial attorney can analyze the agreement to ensure it properly reflects your agreement and to determine that it is enforceable.

Questions about property division or divorce in Texas?

If you have questions about divorce and property division call attorney Lori Elaine Laird today for a confidential consultation to discuss these issues at (832) 699-1966. We handle cases all throughout Texas including Houston, Galveston, Fort Bend, Harris County, Chambers County, Brazoria County, Angleton, Sugarland, Richmond and all Texas counties.