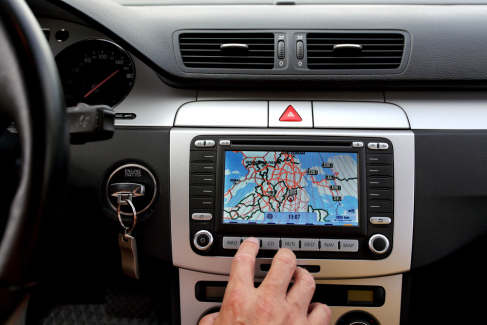 With the almost daily changes in consumer information technology, such as web surfing smartphones and tablet computers, it is predictable that law enforcement technology has also made radical advances.  These new law enforcement advances frequently employ satellite technology for surveillance and eavesdropping.  While Fourth Amendment search and seizure protections are designed to shield citizens from unreasonable intrusion on one's privacy interests, the technology of surveillance and monitoring has advanced in ways the Framers of the Constitution could never have imagined.  Sometimes significant steps forward in technology can mean equal steps backward in the right not to be subject to unreasonable search and seizure.

The U.S. Supreme Court recently took a step in the right direction by restricting the use of Global Positioning System (GPS) tracking technology for surveillance without a warrant.  In U.S. v. Jones, the Court vacated the life sentence given to a defendant accused of drug trafficking because it rejected the use of prolonged warrantless GPS surveillance via a device installed on the defendant's vehicle.  While the Court's 9-0 unanimous decision struck a blow for privacy interests threatened by technological gadgets used for government surveillance, the decision left as many questions open as it answered.

The case involved installation of a GPS tracking gadget on the vehicle of Antoine Jones who Federal Drug Enforcement Agency (DEA) authorities suspected of drug dealing.  Jones was charged with conspiracy to distribute 50 grams or more of cocaine base and five kilograms or more of cocaine.  Jones was convicted largely on evidence gathered by monitoring his movements via the GPS tracking device, which led federal DEA agents to a location where he had stashed almost a hundred kilograms of cocaine and a kilo of cocaine base.

While the decision to vacate Jones sentence because of the prolonged GPS surveillance without a warrant struck a blow to privacy in the face of increasingly invasive law enforcement technology, it left many critical questions unanswered.  The use of satellite and GPS technology for spying on ordinary citizen's often requires no installation of a monitoring gadget.  Mobile phones and automobiles are now often equipped with GPS tracking.  Further, law enforcement authorities often use cell phone triangulation to track the movement of suspects.  While the concurring opinion seems to be clear that these types of surveillance and monitoring require a warrant the majority opinion is murky on this issue.  The Supreme Court's ruling also failed to address other forms of surveillance, such as traffic cameras and web monitoring software.

The use of monitoring technology by law enforcement authorities is common in criminal cases involving drug manufacturing and drug trafficking.  With constant advances in technology, there are an increasing number of ways that surveillance by the police may run afoul of Fourth Amendment search and seizure protections.  If you have been arrested for a Texas drug crime or other crime where your Fourth Amendment search and seizure rights may have been violated, experienced Houston criminal defense attorney Lori Laird is committed to protecting the rights of those accused of crimes and fighting for their freedom.

Facing Criminal Charges? Call Us for an Aggressive Defense!

If you are facing criminal charges in Houston, Galveston, Angleton, Richmond or anywhere throughout Harris County, Galveston County, Brazoria County, Fort Bend County or Chambers County, I will work diligently toward a dismissal of charges or acquittal after trial. Where this is not possible, she will build the most compelling case possible to negotiate a plea reduction from a position of strength. Call 832-699-1966 today for your free consultation or visit my website to learn more about my firm.